Hugh co-founded The Financial CoPilot in 2005, and as president was responsible for the strategic leadership and management of the business. In 2014, The Financial CoPilot’s offerings began to shift in a significant way. This shift resulted in the company that exists today, Platform Transition™.

Having earned a Master of Science degree in Mechanical Engineering from the University of Miami, Hugh has worked as an engineer for Pratt and Whitney, Merck, Hewlett Packard and GE Nuclear Energy. Over the years he served as the VP of Finance for several real estate development, social media, and financial services businesses.

Hugh served as a Major in the United States Air Force Auxiliary and also served as an Eastern NC Area Governor for Toastmasters International. His passion for financial and operational systems development and organizational leadership has assisted him in narrowing his focus on data migration through portability from any legacy system. 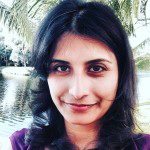 Diya was previously with The Financial CoPilot for over ten years before its evolution to Platform Transition™. During that time she enjoyed serving in several distinct roles as the company grew from its money services and financial management beginnings. Most recently, Diya was integral in the design and development of the foundation of what would become Platform Transition’s foundation, The Multi-Dimensional Data Conversion Solution™ (MDCS). This technology has been vital in assisting many clients to leave their legacy systems behind and migrate to Sage Intacct®.

As the Director of Finance & Operations for The Financial CoPilot and now Platform Transition™, Diya dedicates herself to having even more happy customers be free of their legacy accounting systems by facilitating their accelerated growth while bringing along all the data they want or need.

A graduate of the Wharton School with a major in Finance, Diya is a long-life learner, avid traveler and research nut in a myriad of areas from holistic health to Microfinance.

Janine is responsible for identifying opportunities to serve the Sage Intacct community, building relationships, and providing strategic sales and marketing direction for Platform Transition. She is passionate about human connection and committed to creating a world where every person gets that they matter. Janine is also a published author having written I Am (for girls) and I Am (for boys) in 2019.

Her 25-year career has been a spectrum of color, having supported small and mid-sized business owners, their clientele, and enterprise businesses – locally, nationally, and internationally (across a broad variety of industries), while doing so reliably, honestly, and responsibly. 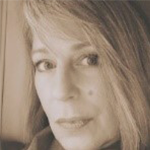 With over 15 years working with and providing companies with program and operations management, Paula is responsible for the day-to-day internal operations, processes and human resources, with an emphasis on creating the ultimate client experience.

After working with two Fortune 500 companies for several years, Paula joined the Platform Transition team in the Spring of 2021 as Operations Manager. 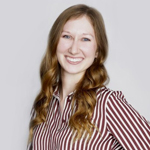 With over 10 years of experience in the hospitality & events industry, Beth joined the Platform Transition team in September 2021 as the Administrative Coordinator. In her role, she is focused on supporting the Executive Team and Project Management Team in order to offer the ultimate client experience. She has a Bachelor’s of Science focused in Tourism, Conventions and Event Management from Indiana University Purdue University Indianapolis. Previously, she served as a Special Events Coordinator for a non-profit agency in Indianapolis that serves children living in poverty. After moving to Florida, serving children in poverty remains a passion of Beth’s and she continues to support the non-profit from afar.

On the weekend, you can find Beth spending time with her husband & son either relaxing at home, at a Disney park or on the beach!

Guy is an experienced Business Analyst and Spreadsheet Developer with a degree in Operations Research and a Masters in Environmental Economics. He started his professional career in the New Zealand forest industry. It was this work that brought him to Chile where he has now settled and raised a family. For the past sixteen years, he has been chiefly involved in tertiary education with various Chilean universities and has recently built up his own freelance business over the last three years.

Guy has been part of the Platform Transition™ team since 2016, first helping with the development and optimization of the data conversion technology and then subsequently becoming a Project Manager. In addition to his involvement in the data migration of legacy accounting systems, Guy plays a crucial role in R&D, developing and trialing key innovations in order to optimize PT’s data processes. Throughout his career, Guy has continuously striven to seek ingenious yet practical business solutions for an ever more complex world. 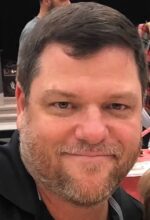 Rich is a software engineer with a Bachelor of Computer Science degree from the University of North Florida. His extensive career spans over 20 years and several industries.

He has worked in many areas of software engineering including Business-to-Business (B2B) Applications, Satellite Communications, and Machine Vision Systems. In his role as a Software Engineer for Platform Transition, he helps the Research and Development team to create innovative software solutions that increase the efficiency and quality of the data migration process. 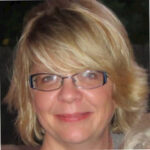 Tanya is a proactive and self-motivated Certified Public Accountant with over 15 years of experience in all aspects of accounting. She has worked with individuals as well as small to medium-sized companies. Tanya is uniquely adept at managing multiple assignments and meeting tight deadlines in a fast-paced environment. She has a reputation for being a self-directed professional with excellent problem-solving, analytical, and communication skills. These skills have been instrumental in her work with tax, advising, and financial reporting and analysis.

Noted for being a team player and building positive rapport with direct reports, co-workers, management, and clients, Tanya’s career has also included 6 years of working in a corporate environment. During that time she worked in mergers and acquisitions, financial integrations, capitalization, and revenue recognition (ASC 606).

Jenny has been working in the Accounting space for over 10 years. You may know her as a Project Manager at Platform Transition, but Jenny can also be credited with her contributions for her previous role as a bookkeeper at the company.

While earning her Bachelor’s degree in Accounting at Eastern Illinois University, Jenny managed her own small bookkeeping business for a few years with her goal to help small businesses meet their accounting needs. Jenny also had years of experience in both private and public accounting until she decided to join Platform Transition full-time with her focus in helping businesses ensure a successful data migration experience.

During her free time, Jenny enjoys traveling and visiting with family in different states and playing video games with her kids!

With a career in insurance administration that spans more than 40 years, Trevor has also held senior managerial and consulting positions with organizations in Florida and the Caribbean. President and CEO of InConServ, Inc. and an adjunct instructor at the International College of the Cayman Islands, he has published several articles on domestic health insurance in the Cayman Islands. Trevor’s academic accomplishments include a doctoral degree in business administration (DBA) and several professional insurance designations.

Having created and launched health insurance programs for carriers in the territory of the Cayman Islands and the Republic of Haiti, Trevor has developed project management skills that he has brought to the team at Platform Transition in support of its goal of unparalleled excellence in customer care delivery. Trevor looks forward to making a significant contribution to the growth and success of this company. 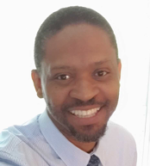 Zavier previously worked with a general contractor installing high-end flooring before joining the Platform Transition™ team in 2016. Before joining the team, he had taken time off to help raise and homeschool his son.

A conversation with his long-time acquaintance, Hugh led to an offer involving data transformation. Initially working with QuickBooks® transforms and export, he is now learning how to use other utilities to perform more technical responsibilities within each project. He finds his work fulfilling as he can learn and grow while being part of something new and innovative. Additionally, his work with Platform Transition™ provides him with the opportunity to take care of responsibilities at home which includes raising his son with his wife. 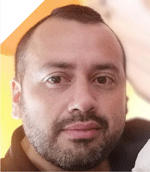 Having worked for governmental institutions in Colombia for over eleven years, Carlos has also contributed to project development for Educational IT focused projects at public schools in his country.As a bilingual Systems Engineer, he has worked in freelancing with emphasis in MS Office VBA Development, mainly but not limited to MS Excel. His skills also cover Structure and Software Specification and Design as well as Data Analysis and Data Migration abilities, which is what brought him to the attention of Platform Transition. At Platform Transition, he is now part of the Production Team, responsible for assisting Project Managers in data transformation as well as services of Data Extraction and Mapping.Carlos is currently finishing his post-graduate studies in Project Management and IT Security in Colombia where he is also bringing up his family.

Platform Transition™ is a Sage Intacct® Marketplace Partner. The Multi-Dimensional Data Conversion Solution™ is a workflow intended to quicken and ease the transition to Sage Intacct®.